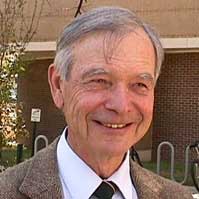 Bruneau Rancher Chris Black’s family has been ranching in Owyhee County for more than a century. When Chris took control of the family ranch, he decided to try some new  management techniques to improve environmental stewardship and bring their operation into the 21st Century.

“I wanted to do things better. I wanted to manage better, and I wanted to be able to prove that things were working,” said Black. “And it seemed like Holistic Management was a tool that would achieve all of those ends.” 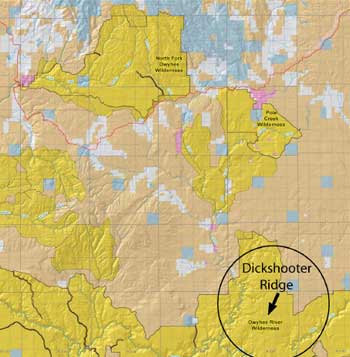 Chris grazes 1,000 to 1,500 head of Angus and Beef Master cattle on 30,000 acres of BLM land in the Owyhee Plateau. The main area he grazes is called Dickshooter Ridge, a whale-like mountain that stradles the deep canyons of Battle Creek and Deep Creek in what is now the Owyhee River Wilderness.

Chris uses active management techniques such as herding by horseback with assistance from his herding dogs — and where it is feasible, by motorbike — to graze areas with intensity at the right time, and then move the animals to new pastures. He has segregated Dickshooter Ridge into 25 different paddocks —  individual pasture units — where the cattle are allowed to graze for short periods of time – only five to 12 days apiece.

There are no fences in the area, so to manage the cattle herds correctly, Black has to herd the animals on a daily basis to ensure they are grazing in the right areas. He also has developed water sources for the animals, so there is water for the cattle to drink in each of the paddock areas. His son, Justin, who is attending the University of Idaho, works the cattle in the summer with his dad.

“Water is key to everything in the West,” he notes. “The term paddock comes from how far you can graze animals from a water source.”

Dickshooter Ridge is chock full of wildlife, too. “This is considered one of the premier areas for sage-grouse, elk, bighorn sheep, antelope and deer,” he says.

Because of Black’s management techniques, sage-grouse are doing fine on his private lands and the BLM allotments, too, he says. “Fish and Game says we have a strong sage-grouse population, and it’s been holding steady.”

Black has done his homework about Holistic Management. He has set goals for rangeland health as well as cattle weight gain, and he keeps tabs on wildlife objectives with the Idaho Department of Fish and Game and the U.S. Fish and Wildlife Service. He strives for a rich mixture of plant diversity in riparian areas as well as on the open range, and he understands how well-shaded, healthy riparian areas store water to provide season-long flows for fish, wildlife and cattle.

“The intent is to manage for everything — for recreation, wildlife and the health of the land most especially because that’s what keeps everything together.” 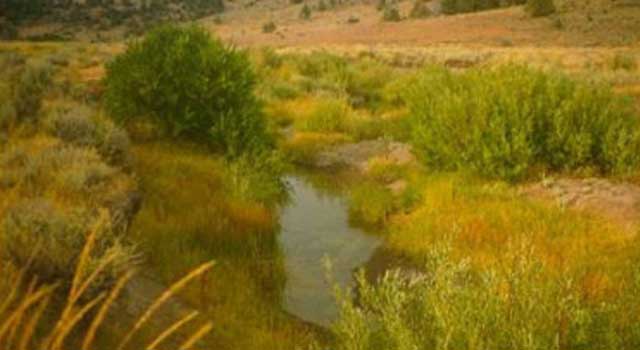 Chris Black has worked on riparian restoration in his grazing allotments in the Owyhee Plateau for the last 15+ years. He documents the progress with photography and other methods.

Black documents range health with photography plots throughout the public and private lands where he grazes his cattle. “I wanted to learn how to do monitoring because I wanted to see if my management was working, and I know that I’ve got to be able to prove to the BLM that my management is working.”

“It’s really just basic biology,” he says. “But timing is everything.”

During a tour of the Pole Creek area off of Mud Flat Road, Black showed how his grazing management has allowed Pole Creek to recover into a thriving ecosystem. In the early 1990s, Pole Creek was grazed year-round, and it had turned into a gravel bed with deeply incised banks and not much vegetation. He changed the timing to grazing the area in the spring when the cattle are being herded toward Dickshooter Ridge, and then it is rested all summer to allow the plants to grow back, and then he grazes it again in the fall on the way home.

“As long as you’re in there for a short time, graze that plant off and get out and provide the recovery period it needs, then the plants will be invigorated and come to their full biological potential,” he says.

“This is kind of a perfect riparian scenario,” Black says as he shows the diversity of plant life growing next to Pole Creek. “You have a pool of water and overhanging banks with sedges … it makes for good habitat for fish and other animals. You’ve got diversity in the age group of willows, and seeing a dynamic system of different species …. Diversity.”

Black’s management techniques have paid off in solid weight gains for his cattle, which means higher income, and he received a national stewardship award from the BLM in 2008.

“It’s a great honor for me … they’re recognizing some of the things that I’ve done on the land. Great honor for me,” Black said. “I want to be my best at what I do, and this, to me, is being my best.”