On a cool August morning, Rancher Phil Davis and several friends on horseback herded yearling cattle from a private pasture into the corrals by the Davis Ranch barn.

Just as the sky turned crimson with the morning light, the cowboys rounded up the cattle while a layer of ground fog hovered above the ground in the outskirts of Cascade, Idaho.

The tan- and black-colored cattle came trotting down a lane and into the corrals.

It was time to ship the yearlings to Texas, where they’d be finished in a feedlot and sold to HeartBrand Beef, a Flagship label for prime cuts of beef. 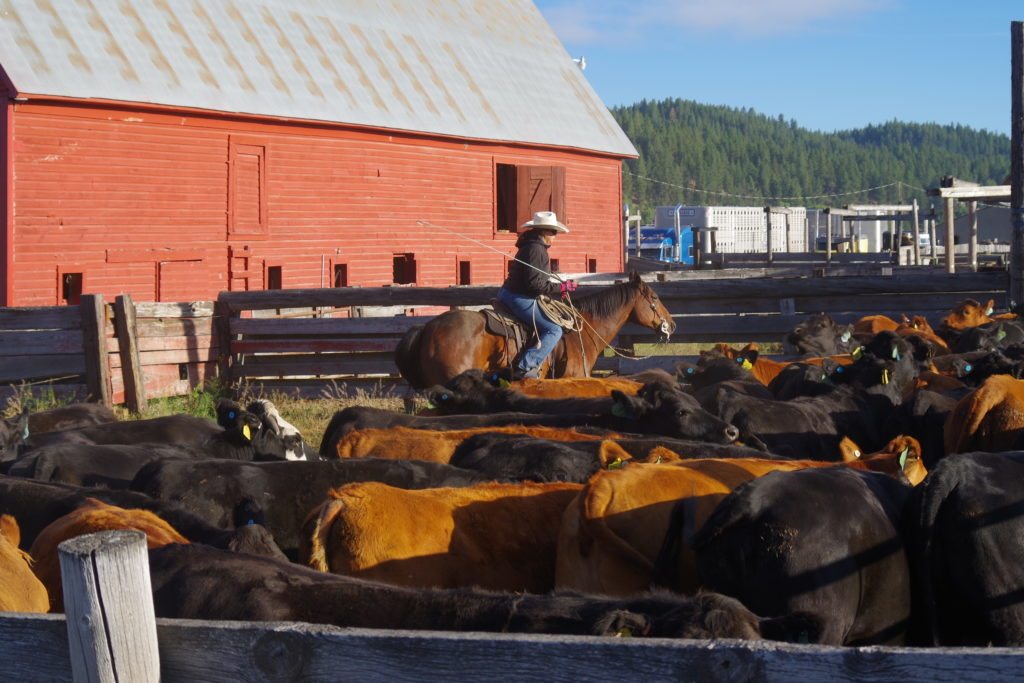 The yearlings come from a special breed of cattle from Japan, called Akaushi cattle, pronounced “Aakah-u-she”

The Davises decided to try raising Akaushi cattle for two reasons – the high-quality meat commands a higher price, and the Davises’ extensive pasture lands in Cascade are ideally suited for raising yearlings.

“No. 1, the benefit of running Akaushi cattle as yearlings,” Davis says. “We wanted to be in the yearling business here because we have summer grass, and they feed better with more age. They need to gain mostly an average of about 2 pounds a day throughout their life.”

With all of the irrigated pasture on the Davis Ranch, the cattle will gain that amount during the summer season.

“Our kind of operation lends itself better to this breed of cattle,” he says. “And the industry has strived to give the consumer a better product, more consistent with a better flavor, and that’s what Akaushi does. It’s very consistent, and very good flavor.” 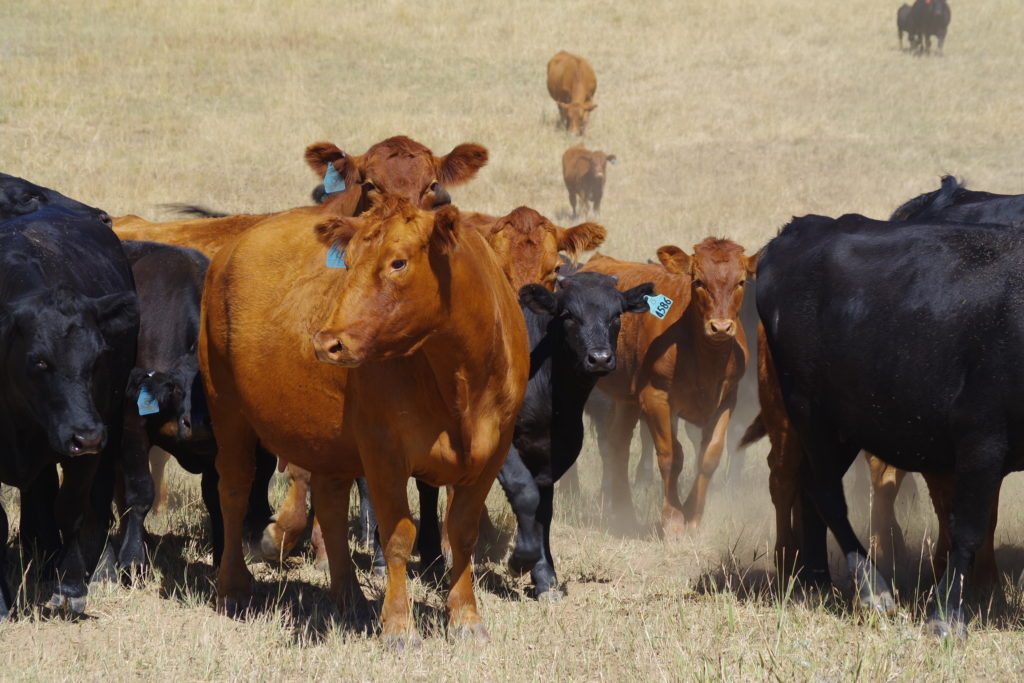 The Davis Family ranches in the greater Cascade area, raising their cattle on irrigated pasture.

Gail Morris of Bovina Feeders in Texas says Akaushi cattle are highly sought after in the marketplace because of the quality of the beef.

The most special thing about them is if you’re looking for the best beef available, these cattle produce it. They are genetically capable of grading to 90 to 95 percent prime,” Morris says.

“Here in the U.S., the top grade is prime, then choice, then select. They are top of the line.”

Davis says he likes that the Akaushi cattle command a premium price, and they also do well in the Idaho mountain environment.

“There is a premium for the cattle, no question, and so obviously that’s a benefit, but we don’t find we give up much in performance either,” Davis says. “So there’s really not a downside to it.”

The Japanese breed seems very adaptable, Davis says. “In Japan, they run from about 9,000 feet to sea level. They’re acclimated to higher elevation or low elevation. So they seem to handle whatever climate pretty well.”

The cattle are easy to handle, too, he says. 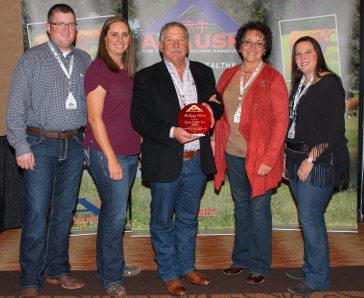 The Davis Family received an award from Heartland Beef for being one of the top producers of Akaushi beef in the nation.

“They’re unique in that they’re always in the front when you’re running cattle,” Davis says. “The Akaushis will be in the lead, they travel really good, they move all the time.”

But the bottom line is about producing the prime cuts of beef, and the taste.

“Well there’s no comparison,” Davis says. “It has a much more buttery flavor. The flavor is so much better.”

Gail Morris says Akaushi beef is the best. “To me, personally, they have a little sweeter taste. I can distinguish real easily the difference between a HeartBrand or Akaushi and a native.”

The Davis family is raising a cross-breed between an Akaushi bull and an Angus cow, which produces meat that ranges 35-65 percent Prime, and the rest Choice.

Akaushi cattle also have health benefits. The meat contains more mono-unsaturated fat, than saturated fat. And the meat has a high proportion of oleic acid, the good fat found in olive oil. Research on the beef has shown that it raises good cholesterol levels in the people who eat it.

The Davis family started raising Akaushi yearlings about seven years ago, and they’ve become one of the largest suppliers of Akushi cattle to 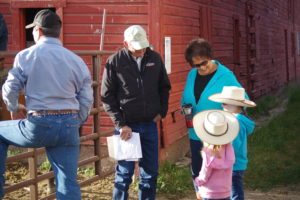 Yvette Davis and her grand kids come over to see the yearlings getting shipped to market.

HeartBrand from the Northwest.  In recognition of their contributions to the industry, the American Akaushi Association presented a “Securing the Legacy Award” to the Davis Family last October.

“It’s nice to have for a treat, nice to have if you’re going to entertain,” Davis says. “Show it to people, try this! Had a guy here one time and he said he’d eaten meat all over the world, and he’d never eaten any as good as that!  Course it was my cookin’ but … “