Over 75 Borah High School juniors and seniors got up early — really early (4 a.m.) — on a hazy May morning to go on a field trip to learn about sage-grouse in the Owyhee Mountains. Science teacher Kris Stone said so many students wanted to go she had to turn some away. “They were all really eager to do some outdoors learning ,” she said, as kids gathered at Borah High to prepare for their field trip day. 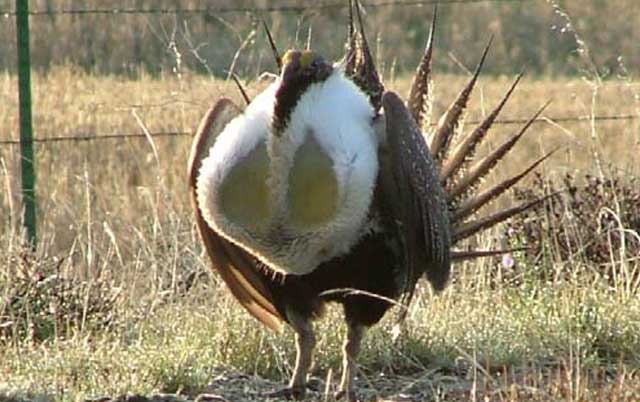 A male sage-grouse puffs up its chest to attract a hen to mate with on a lek in the Owyhee Mountains. Photo by Gene Gray.

The U.S. Fish and Wildlife Service set up the tour to educate high school students about sage- grouse and other natural resource issues in the Owyhee Mountains, about an hour south of Boise. The first stop was a sage-grouse lek near the little Basque town of Oreana on the front side of the Owyhee Mountains.

As the school bus pulled up to a stop by the lek, at least 25 male sage-grouse were running around and strutting, with their bright yellow breasts all puffed up, trying to put on a show for a female.

“This is called the Owyhee Canyonlands,” says Jason Pyron, who works on Candidate Species Conservation and Conservation Partnerships for the U.S. Fish and Wildlife Service (FWS). “The birds come back here year after year to the same spot, called a lek, to put on a mating display and then mate with the hens.“

Students peered through binoculars and spotting scopes out the windows of the bus to see the males strutting in the sagebrush. Everyone stayed inside the bus so as not to spook the sage- grouse or disrupt the mating activity.

Pyron explains that sage-grouse are found in 11 western states and two Canadian provinces, that they’re the largest of all grouse species in North America. Females lay 7-8 eggs each, and populations have been declining because of a myriad of factors, including the mosquito-borne West Nile virus.

However, the number of birds on the lek in the Owyhees this year seems to indicate that sage- grouse are faring a little better in Southwest Idaho. Lek counts by FWS scientists in this area show an upward trend. “This year, what we’re seeing so far in the Owyhee area, are good numbers,” Pyron said. 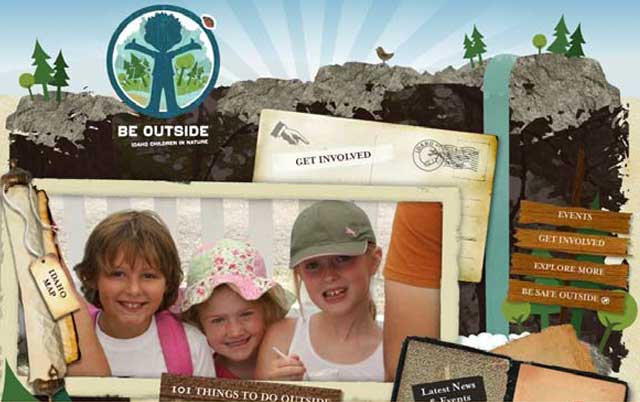 The sage-grouse tour was part of the Be Outside Idaho! cam-paign, which strives to connect kids with nature. The official web site is: http://www.visitidaho.org/children-in-nature/

While the students watched the mating display, Pyron gave them background information and answered questions. The students seemed to enjoy the experience – a first for most of them.

“I thought it was really cool. I’ve never seen a sage grouse before,” said Paige Anderson, a sophomore at Borah High. “I liked how they puffed up their chest, I thought that was cool. I wish I could hear the sound they make.”

“They reminded me of really big roosters,” said Kendall Tookey, a Borah High junior. “They kind of puffed up their chest and flapped their wings and their tails were up like that (using his hands to illustrate the erect tail feathers). And they kind of danced around, and it was really cool to watch.”

Most of the students had never seen sage-grouse before or observed a mating dance. The whole point of the field trip was to give the students an opportunity to be outside and learn about nature. 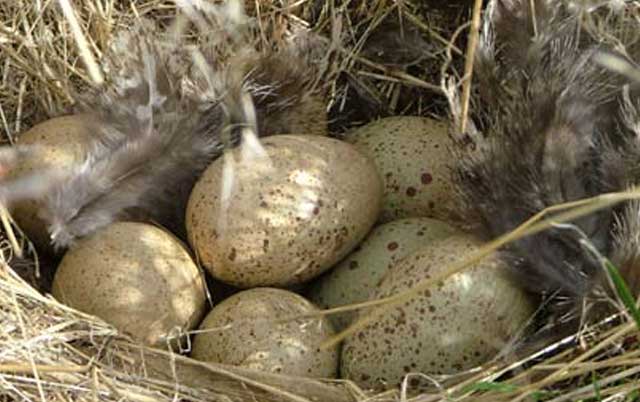 The Idaho FWS funded a series of field trips for several Idaho high schools to educate students about sage-grouse, the shrub-steppe ecosystem where they live, and other rangeland issues. The Portland Regional FWS office supplemented funding with additional grant money to help pay for transportation costs and educational materials. The spring 2011 Borah High field trip was one of several educational experiences in SW Idaho for older youth, including trips for Midvale, Cambridge, Council, Eagle, Rocky Mountain and Rimrock high schools.

The  trips were also made possible by hands-on assistance and funding from the Idaho Rangeland Resource Commission, Governor’s Office of Species Conservation, the Southwest Idaho RC and D, the West-Central and Owyhee sage-grouse local working groups, BLM and Idaho Department of Fish and Game. On some trips, students were able to help local private landowners with various tasks on their lands to improve habitat for the birds and other species.

“These tours are part of the connecting people with nature program — to increase youth’s awareness of not only their outdoor situation here in Idaho, but also of sage-grouse and the sagebrush-steppe habitat, and its role in the landscape, economy and ecology,” Pyron said.

“Something that we’re missing more and more is the opportunity to connect the kids with what they’re learning in the classroom and apply it to real life for them. When they can put their hands on it, and see it with their eyes, it definitely gives them an opportunity to take it home with them,” Pyron emphasized.

The FWS helped to start the multi-partner  “Be Outside, Idaho!” initiative, along with over 140 public and private entities, including the Idaho Department of Fish and Game, Idaho Department of Commerce, the Idaho Recreation and Tourism Initiative, Bureau of Land Management, Blue Cross of Idaho, the City of Boise, and the Wilderness Society,  The campaign was inspired by Richard Louv, author of Last Child in the Woods: Saving Our Children From Nature-Deficit Disorder, who raised the brewing concern that children are losing touch with nature because they spend too much time indoors playing with video games and electronic gadgets. His concerns inspired a national movement, and Idaho is among several states leading efforts to reconnect youth with nature. 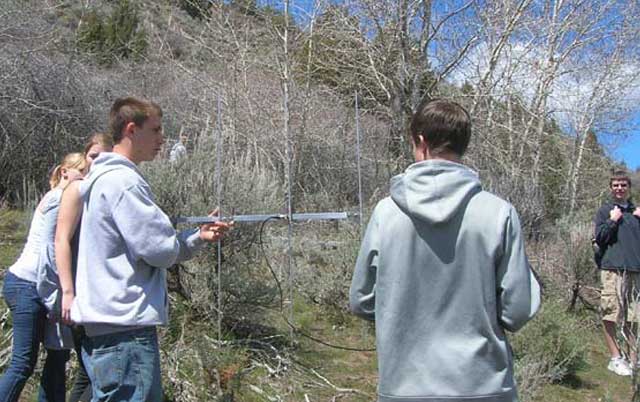 The Borah High students learned how to use radio telemetry equip-ment as part of the field trip. They searched for a radio collar hidden in the sage brush.

Pyron noted that field trips in rural parts of Idaho help educate students about the ranching industry, and what role ranchers play in helping wildlife. “Private lands are essential to the survival of wildlife species throughout Idaho,” he said. “I think it’s important for the students to see how federal and state agencies are working with private landowners to improve wildlife habitat and fish species.”

The field trip moved on to Jerry Hoagland’s ranch on Reynolds Creek, where the kids learned about soil, water and other issues in the sagebrush steppe ecosystem..

One of the highlights of the trip for the students was learning to use radio telemetry at the Hoagland Ranch. Pyron hid a sage-grouse collar used to track the birds’ movements in the sagebrush, and then he challenged the Borah High students to use radio telemetry equipment to find the collar. When Pyron turned on the radio transceiver, the kids could hear the “beep, beep, beep” of the signal from the hidden radio collar. As the 25 students participated in the search party, one student named Tyler, turned the wand back and forth, listening for a stronger signal. “It’s that way!” the kids said excitedly as the signal got stronger and louder.

It took them about 10 minutes or so, but they honed in on it. “Hey guys, check right there in that bush,” said Tyler. One of the students pulled the collar out of the bush. “Yea, Tyler!” 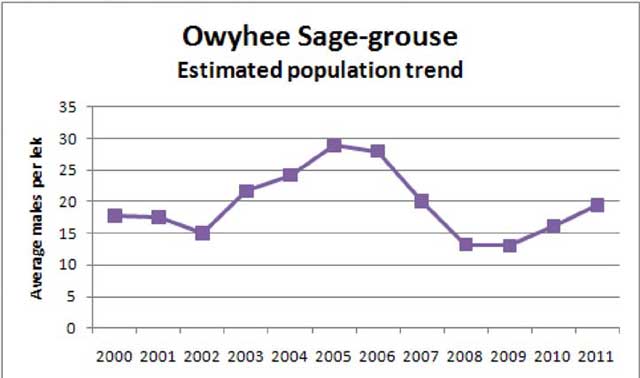 Sage-grouse numbers seem to be rebounding in recent years in the Owyhees.

At the ranch, the kids learned about the importance of soil, water and the problem of juniper trees invading shrub-steppe habitat. As Reynolds Creek roared in the background with fresh runoff from more than 180 percent of normal snowpack, Hoagland explained that water monitoring equipment was set up on the creek in 1960, creating more than 50 years of data on water quality and water quantity.

” It measures how water comes out of the sky, how much goes into the ground, how much plants take off, and how much runs off. This is the longest study in the world of this kind of information,” Hoagland said.

“Something needs to be done,” Hoagland added. ” When we started fighting fire to protect our property, the juniper expanded, and it’s like a wildfire now, the way the juniper is expanding.”

Hoagland would like to see more prescribed burning on BLM land to control the spread, but for now, ranchers and the BLM are cutting down junipers as a solution.

When juniper trees move into a riparian area and crowd out other vegetation, it can undermine the integrity of the soil along the stream banks, the rancher explained. Junipers soak up a lot of moisture, and their needles create a sterile environment around the trees, killing other plant species.

“We don’t want to see the loss of soil,” Hoagland said. “If you don’t have anything to hold that soil in the riparian area, you’re going to have erosion and pollution in the water, so you want to maintain these riparian areas in a healthy condition.” 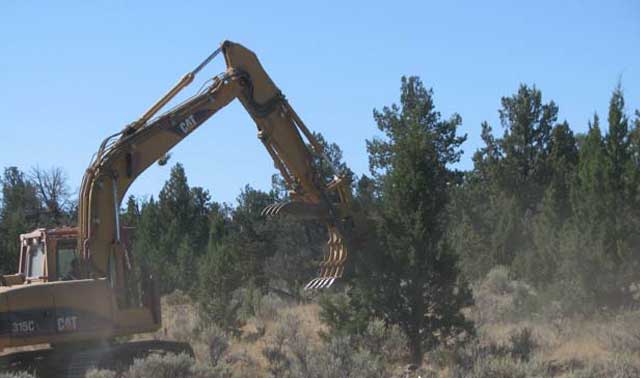 The BLM and Owyhee County ranchers work to prevent the spread of juniper trees in the shrub-steppe ecosystem. Lack of natural fire has led to the expansion of juniper trees across the landscape, reducing
wildlife habitat and grass for livestock.

Hoagland, a local Owyhee County leader, also serves as an Owyhee County Commissioner. He enjoys talking to the kids and helping them understand their landscape. The Borah High tour was the third group of school kids to visit his ranch this spring. “I kind of enjoy it,” Hoagland said. “They are very interested in what’s going on. It’s a worthwhile deal.”

Pyron added, “There’s a growing recognition that students are being disconnected with the landscapes around them, and we are working to increase their awareness outdoors. Obviously, the students are going to be the next generation looking after these landscapes in the future.”

“Learning about environmental stuff is always helpful,” adds Kendall Tookey of Borah High. “I just think this is a really cool experience and more people should come out and do it.”

Steve Stuebner is the writer and producer of Life on the Range, an educational project sponsored by the Idaho Rangeland Resources Commission.