In the spring, local ranchers graze cattle along the South Fork of the Boise River, while early-bird anglers fish and float for trout.

The South Fork of the Boise River is also a popular blue-ribbon trout fishery. People fish, camp and float in the South Fork corridor below Anderson Ranch Dam to the Danskin boat launch site, a distance of about 10 miles. Below Danskin, the South Fork flows through a roadless canyon to Neal Bridge. 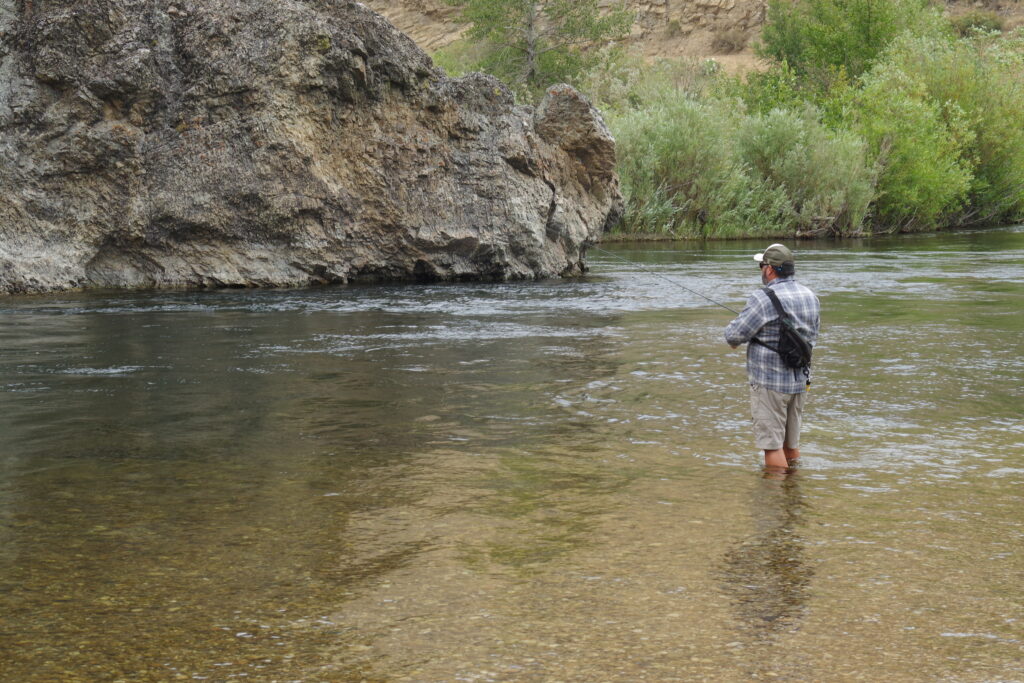 Michael Gibson casts for rainbow trout by a rocky cliff on the South Fork Boise River.

“The South Fork is a great resource, the fishery up here is unbelievable, the chukar hunting in this canyon is great, and the camping is unbelievable,” says Michael Gibson, Idaho field representative for Trout Unlimited. “It’s a really remote experience that’s less than an hour away from the Treasure Valley.”

Rancher Clay Davison says his cattle graze along the section of the South Fork, where people camp and fish next to the Forest Service road, during the month of May. This is a time when they should expect to see cattle.

“In the early 90s, my family, the Forest Service, and fishing groups got together to talk about when it would be best to have cows in here,” Davison says. “Came up with the idea that from the 1st of May until the Friday before Memorial Day, our cows would graze on this side of the canyon. After Memorial Day, we drive our cows to other pastures. 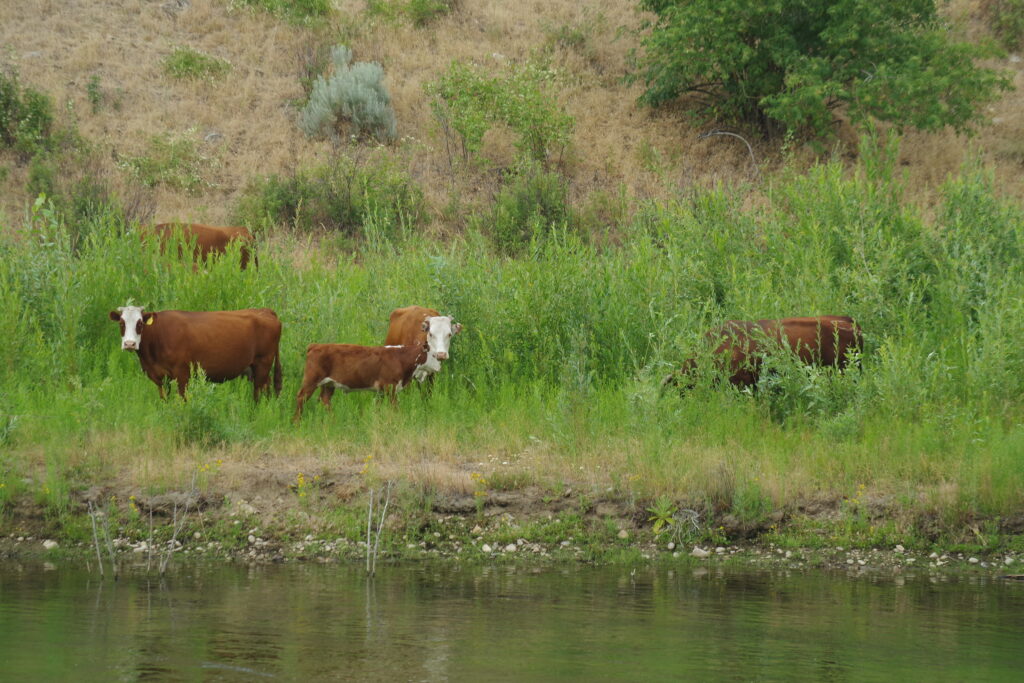 Hereford cattle graze across the river from the camping and fishing access areas in July.

“So most of the summer would be cattle-free for most of the fishing access areas on the South Fork here.”

“When you come up here fishing and floating, you need to understand this is multiple use Forest Service land,” Gibson says. “Most of the grazing occurs before the heavy float season. If you’re here in spring, you’re going to see cattle by the river, it’s working land.” 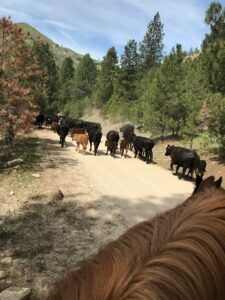 The Davisons herd their cattle away from the South Fork on weekends in May.

On weekends during May, Davison said they drive cattle away from the South Fork corridor on horseback.

“We’ll push them up the creek away from the main road, just so campers can come in here on the weekends, and not be bothered by cows too much,” he says.

Later in the season, Davison cattle may be grazing across the river from the camping areas, and on pastures elsewhere in the canyon.

Most people are cool with co-existing with cattle, but not everyone.

“We had a side by side ATV chasing our cows from one end to the other; they didn’t like manure in their campground,” Davison says. “We ask people not to chase our cattle, just leave them be and they’ll move on. Not that many people mess with our cows. Nothing real extreme.”

Recently, Davison worked with the Boise National Forest to put up a new easy access gate for anglers by the Danskin Bridge. 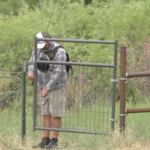 “We talked to the Forest Service and had them buy the gate for us, and we installed it to help the fisherman get through the fence here to access the river more,” he says. “We just installed it last year, late summer, last fall and this spring, it worked really well.”

Previously, a number of people did not close the barbed-wire gate and cattle escaped from the grazing pasture. “No matter if people didn’t know how to close it or didn’t care to close it, it just causes problems keeping our cows where they should be,” Davison says.

Davison cattle by a watering hole near their ranch in Prairie.

Interestingly enough, despite the recreation pressure in the South Fork, Davison is more worried about campers causing wildfires than harassing his cows.

“We kind of cringe when it’s dry and there’s a bunch of campers with fires and stuff like that,” he says.

The Davisons live on their ranch in Prairie on a beautiful bench above the South Fork. They lived through the Pony and Elk complex fires in 2013, when the wildfire roared toward their ranch in the middle of the night. Fortunately, no structures were lost.

They see cattle grazing as a way to reduce fire danger in the summer. 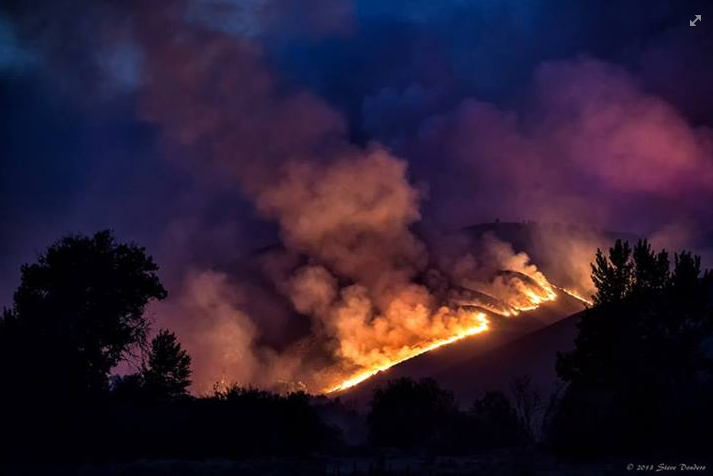 The Davisons worry about careless campers setting off wildfires in the South Fork canyon. Please be safe with your campfires.

“We worry more about fire danger. So really, lightening the fuel load, and the fire danger for all summer,” Davison says. “We don’t want to overgraze any area, because we’re here in the long term, my family has been ranching in Prairie for 100 years, want to come back next year and have a good range to go to.”

Overall, Boise National Forest officials hope people can enjoy their recreation experience on the South Fork while co-existing with other multiple uses.

“I think you have to get along together in a resource like this,” Gibson says. “It’s hugely popular for recreation. Everybody needs to co-exist.”