Lava Lake Ranch is carving out a unique niche in Idaho as a leading producer of certified organic and all-natural grass-fed lamb to local markets.

“We had our lambs coming off this feed looking absolutely beautiful, and some people started asking for it, and we had some restaurants asking for local product, so that’s how it started,” says Cheryl Bennett, sales director for Lava Lake Ranch.

It started small, with annual sales of 50-75 animals six years ago, and now Lava Lake has expanded sales significantly throughout the Pacific Northwest. “We’ve been doing really well in the Wood River Valley, Boise, Jackson Hole and Park City, and then we started doing web sales, and that’s gone over really well, too,” says Bennett, who grew up on a farm in the Magic Valley. 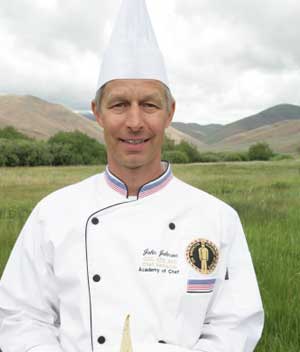 Restaurants that carry Lava Lake Lamb include the Arid Club, Bar Gernika, Bitter Creek, Red Feather and the Cottonwood Grille in Boise, Ketchum Grill, Cristina’s, Papa Hemi’s and Globus in Ketchum and the Idaho Rocky Mountain Ranch in Stanley, among others. They also sell to restaurants in Park City, Utah, and Jackson Hole, Wyo. Now Bennett is looking to expand into the Portland and Seattle markets.

In Hailey, CK’s Real Food offers Lava Lake Lamb as a special on its menu every night. On a recent evening, CK’s Chef Mike Weber pre-cooked some lamb from Lava Lake that looked absolutely delicious.

“We’ve got some Lava Lake fore-shanks here, and cooked them in a Tunisian honey braise for about three and a half hours,” Weber said. “People love it. We feature Lava Lake Lamb a lot. People come here for it.”

Lava Lake’s emphasis on local lamb sales is timely in that it taps into a growing demand from customers who are interested in buying all-natural fresh food from local farms throughout Idaho. The Idaho Preferred program at the Idaho State Department of Agriculture promotes the sales of Idaho-grown food products, and it touts the concept of becoming a “locovore,” a term used to describe someone who eats foods and drinks beverages that have been grown, raised or produced within 100 miles of their home. 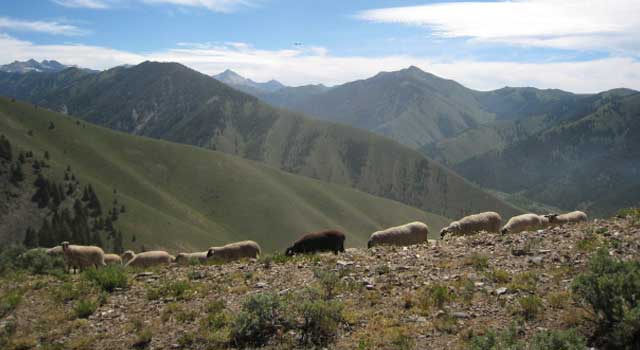 Lava Lake sheep graze from the Magic Valley to the high country in the Pioneers, following the green up.

“I personally believe that the healthier we take care of ourselves earlier in life, the healthier we’ll be in our 60s, 70s and 80s,” Bennett says. “In Idaho, we have some of the best country in the world to raise all-natural products.”

CK’s Real Foods in Hailey prepares its meals with lots of locally grown food because consumers like it and want it, Weber says. “Right now we’re doing a ton of local produce. We’ve got about 20 farmers that we buy from and a couple of ranches as well,” he says. “It’s a big part of our theme here. It’s the real stuff!”

Lava Lake sells their lamb at the Ketchum and Hailey Farmer’s Markets.

Idaho also has seen tremendous growth in the number of farmer’s markets operating throughout the state, allowing local farms to sell fresh foods and beverages directly to residents. Lava Lake has been a fixture at the Hailey and Ketchum Farmer’s Markets for a number of years. 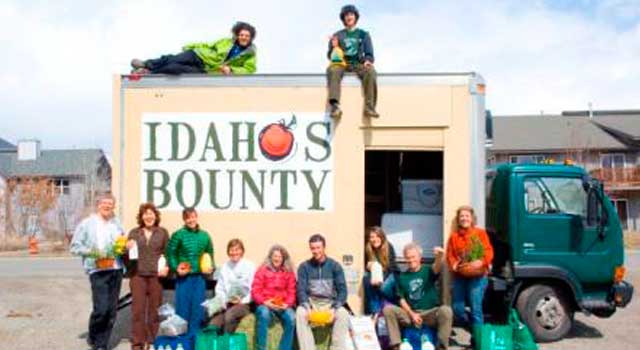 Prices for Lava Lake Lamb are higher than you might find at a grocery store, but that’s because certified organic lamb and all-natural lamb involve higher production costs, Bennett says, and customers are willing to pay more for it.

“Our lamb is sold at a premium,” she says. “Part of that is people want to know where their food is coming from, and how it’s raised.”

The Hailey Farmer’s Market is a popular place. Kaz Thea from Idaho’s Bounty makes it all happen. “They come to shop, but they also hang with friends and family,” Thea says. “Markets are cool in that way because it’s a social outing. And I always have music every week.”

“Definitely the whole idea behind eating locally and buying sustainable food is knowing that the food you’re putting into your mouth is one of the most important things you can do for your body — you know, eat right,” Thea says.

Having another outlet for local food is a big plus, Bennett says. “We like the variety. We try to be in retail stores, farmers markets and Idaho’s Bounty so we can be out in a number of venues, and not just one.” 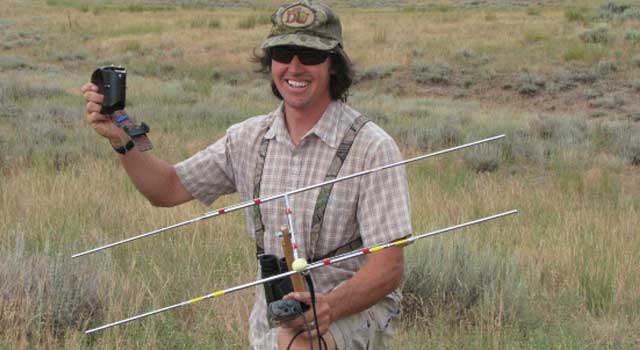 Lava Lake Ranch is studying the movement of pronghorn antelope on private and public lands.

Despite the benefits of selling lamb at premium prices, Bennett says selling in the local fresh market is challenging because it’s hard to find restaurants who will buy whole lambs.  “The whole issue is carcass balancing — being able to sell every cut of that animal,” she says. “You have to go out and find restaurants that will use the shoulder, use the leg, use the chops and use the ground, so it takes a while. If it were easy, everyone would do it.”

Lava Lake puts as much emphasis on running an environmentally sustainable ranch as it does on producing organic lamb.  The ranch runs 5 to 6 bands of sheep on 800,000 acres of public and private land between the Magic Valley and the Pioneer Mountains. 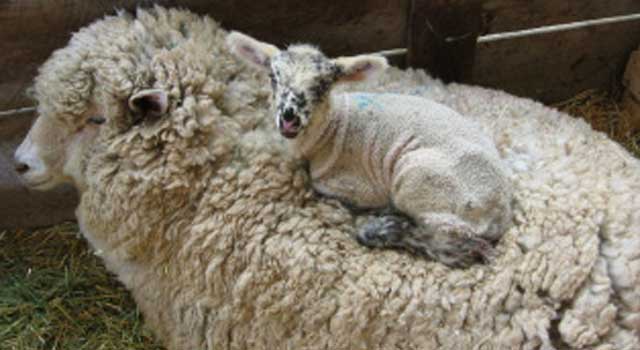 Lava Lake’s President, Mike Stevens, is a trained biologist who oversees a wide range of stream- and wildlife-enhancement projects, including a pronghorn antelope study, riparian-restoration projects, sage grouse projects and more, while running the whole ranch operation as well.

Lava Lake runs its sheep on public lands that are populated by wolves. One of its innovative practices is to train Peruvian sheep herders how to use radio telemetry equipment to search for wolves when planning sheep camp locations. The herders are encouraged to move their sheep camps to avoid wolves, if possible, Bennett says. “We run on so much public land that we have a lot of flexibility.”

In 2009, Lava Lake received national stewardship awards from the BLM and the Forest Service, and the Cecil D. Andrus Award for Sustainability and Conservation.

“The way we do our grazing and our restoration projects is good for the earth, and it also happens to be something that produces a good animal.”

For more information about Lava Lake Lamb, go to www.lavalakelamb.com.