When a range fire occurs in Idaho, ranchers often have to wait two years before they can take their livestock back on to public rangelands to give the soil and plants time to heal.

“After a wildland fire comes through an area, a lot of times the native vegetation is damaged, so we like to rest those areas for up to 2 years to allow that native vegetation to come back and reproduce and repopulate that area,” says Sarah Wheeler, public affairs officer for the Bureau of Land Management in Idaho Falls.

Two years of rest is a general policy that the U.S. Forest Service and BLM follow statewide. During that time, ranchers often have to scramble to find any vacant range close by, or they’re forced to put their livestock on hay and/or sell off animals. 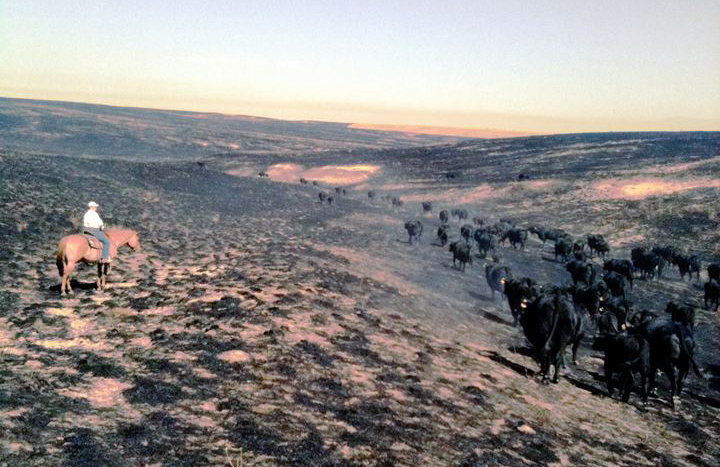 Ranchers trail cattle out of the Pony-Elk complex fire near Mountain Home. This was a very hot fast-moving fire that killed livestock and wildlife during hot weather in August.

These are always very difficult times.

Mountain Home rancher Charlie Lyons, for example, was one of several ranchers whose livestock got trapped and injured by the Pony-Elk wildfire complex about six years ago. Some of Lyons’ cattle were badly burned and had to be put down after the giant 280,000-acre blaze. But even worse, he had to cull his cattle herds because of the public lands being closed to grazing for two years afterwards.

He couldn’t graze all of his cattle on private lands nearby or put them on hay.

“The bigger picture two years out is a little bit daunting,” Lyons says. “I just never pictured the whole ranch going up at once.” 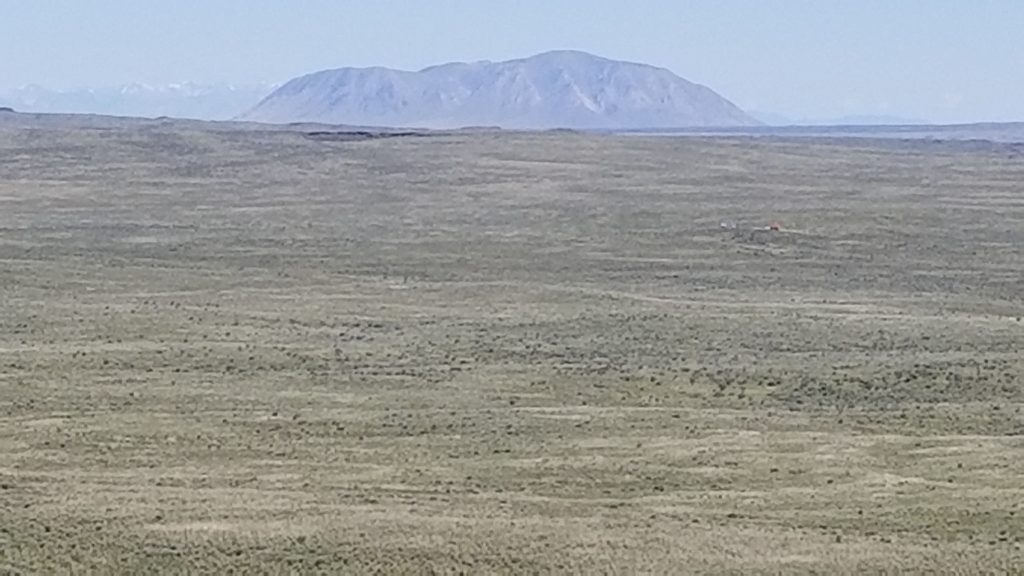 The County Line Forage Reserve is located out in the middle of the Big Desert sheep allotment, with Big Southern Butte looming in the distance.

Given the recent trends of larger and more frequent range fires in Idaho, BLM officials decided to create a new forage reserve in Southern Idaho. They selected an area in the Big Desert Grazing Allotment that has surplus range.

The new 5,300-acre County Line Forage Reserve is ready for cattle or sheep grazing. It’s fenced, and it has water troughs for wildlife and livestock.

“It definitely allows the flexibility for us to manage the rangeland landscape in a healthy way to help wildlife and our permittees out,” Wheeler says. “It’s really a win-win on a bunch of levels here.” 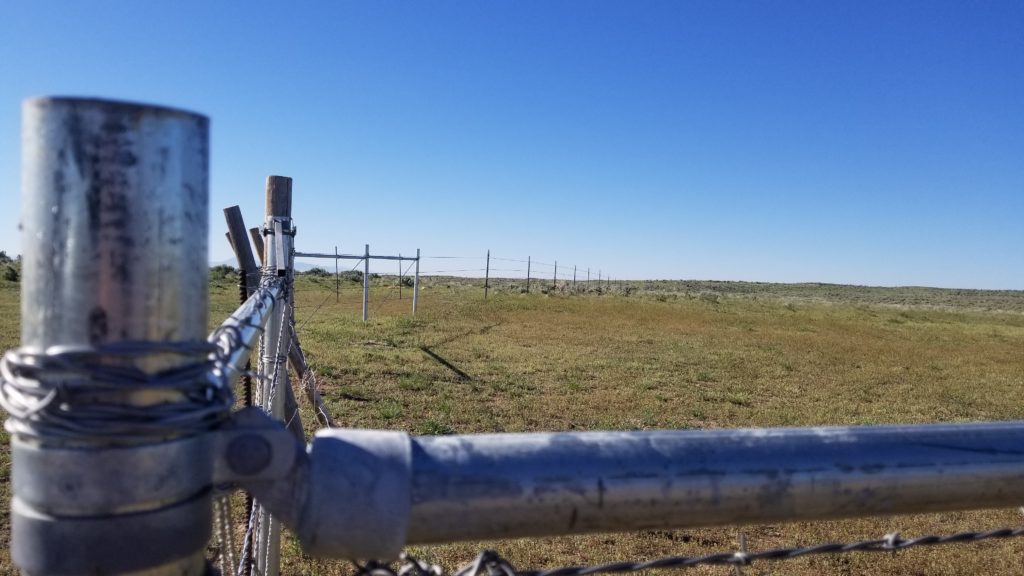 The County Line Forage Reserve is fenced, and it has water for livestock and wildlife.

“Well, we’ve got a big desert. I would appreciate it if I were a cow man or a sheep man who got burned out that there was an available place for me to go rather than having to go into the dry lot and feed them hay,” Etcheverry says.

“This is quite a benefit. I don’t have an objection to it. There’s a sheep man in here right now with one band of sheep. It works out great. It’s the deal we made.”

The Dale Pierce grazing allotment is slightly larger at 5,900 acres. It also is open to cattle and sheep grazing. The BLM assesses a surcharge of $2 per animal unit month to cover maintenance and well-pumping costs.

The BLM is charging an extra $1 per AUM to cover well-pumping costs on the County Line Forage Reserve, officials said.

Several ranchers already are grazing livestock in the County Line Forage Reserve after getting displaced by wildfires last year.

“Originally, first, it’s open to Upper Snake Field Office permittees for ranchers who have been affected by fires or flooding,” Wheeler says. “They would have first dibs on the forest reserve.” 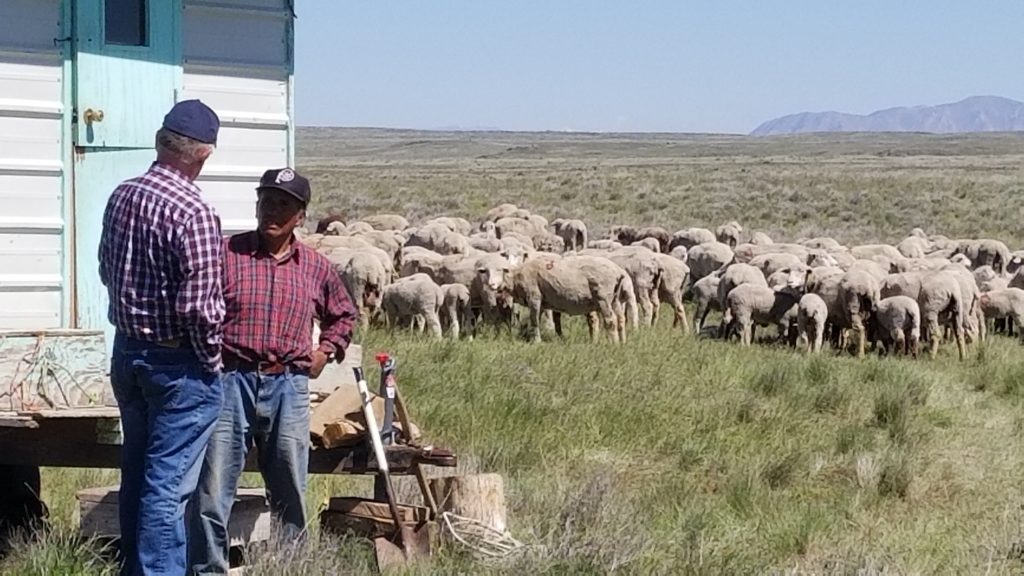 For example, ranchers affected by the Grassy Ridge Fire in the Dubois area in 2018 were approved to graze in the County Line reserve the following year.

“We’re kind of helping out our neighbors. That’s a good thing,” Etcheverry says. “If we have some bad fire seasons, you bet, they might be fighting over it.”

Would the BLM consider creating a forage reserve in other parts of Idaho? We asked the BLM State Director the question, considering there have been several large fires like the Soda and the Murphy complex?

“I think there’s opportunities,” said John Ruhs, Idaho State Director of the BLM. “The stars kind of have to align to make it happen. You have to have willing permittees, you have to have vacant allotments. It really has to be a collaborative type of process to actually put one up and have one available.” 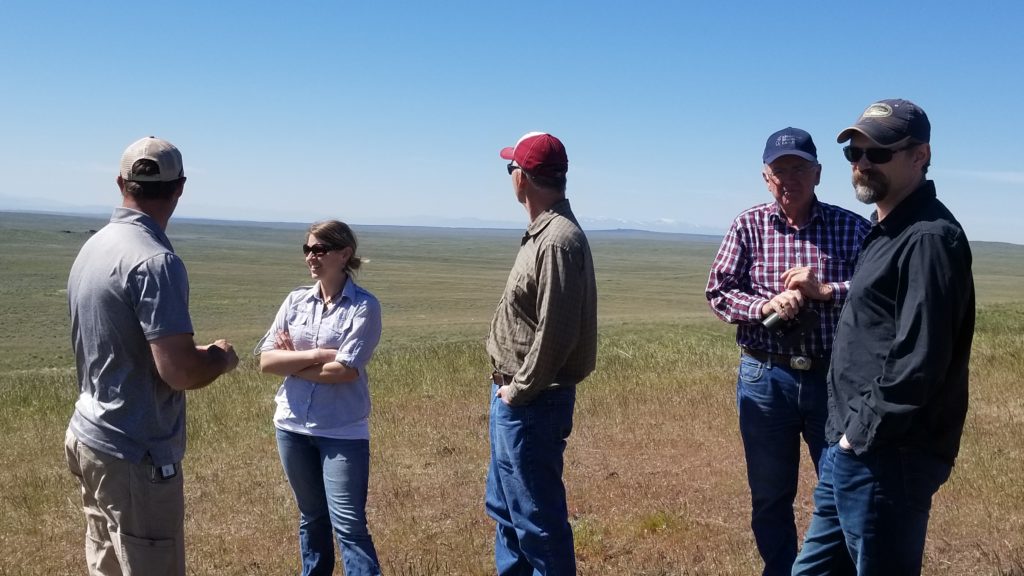 Sheep rancher Henry Etcheverry, second from right, and Sarah Wheeler from the BLM, second from left, visit with other BLM officials on a high butte where the agency planned to drill a water well for the County Line Reserve.

But at minimum he says, there needs vacant range available.

“There has to be something available to even start the conversation,” Ruhs says.

At a broader level, the BLM is working to prevent large-scale fires in the future with fire breaks and more.

“We are going to have fires. Fires are part of the Ecosystem,” Ruhs says. “But if we can pre-treat and minimize the impact, that’s a key.”

“I think there’s other tools we have, for instance, targeted grazing that could reduce the need for forage reserves and grass banks,” Ruhs says. “It’s an opportunity that we need to utilize, if it’s available, if the stars align, it’s one we need to keep on the table.”