The awards were unveiled Saturday night, May 3rd, at the Boise Centre in downtown Boise.
The awards received by the Life on the Range team were as follows: 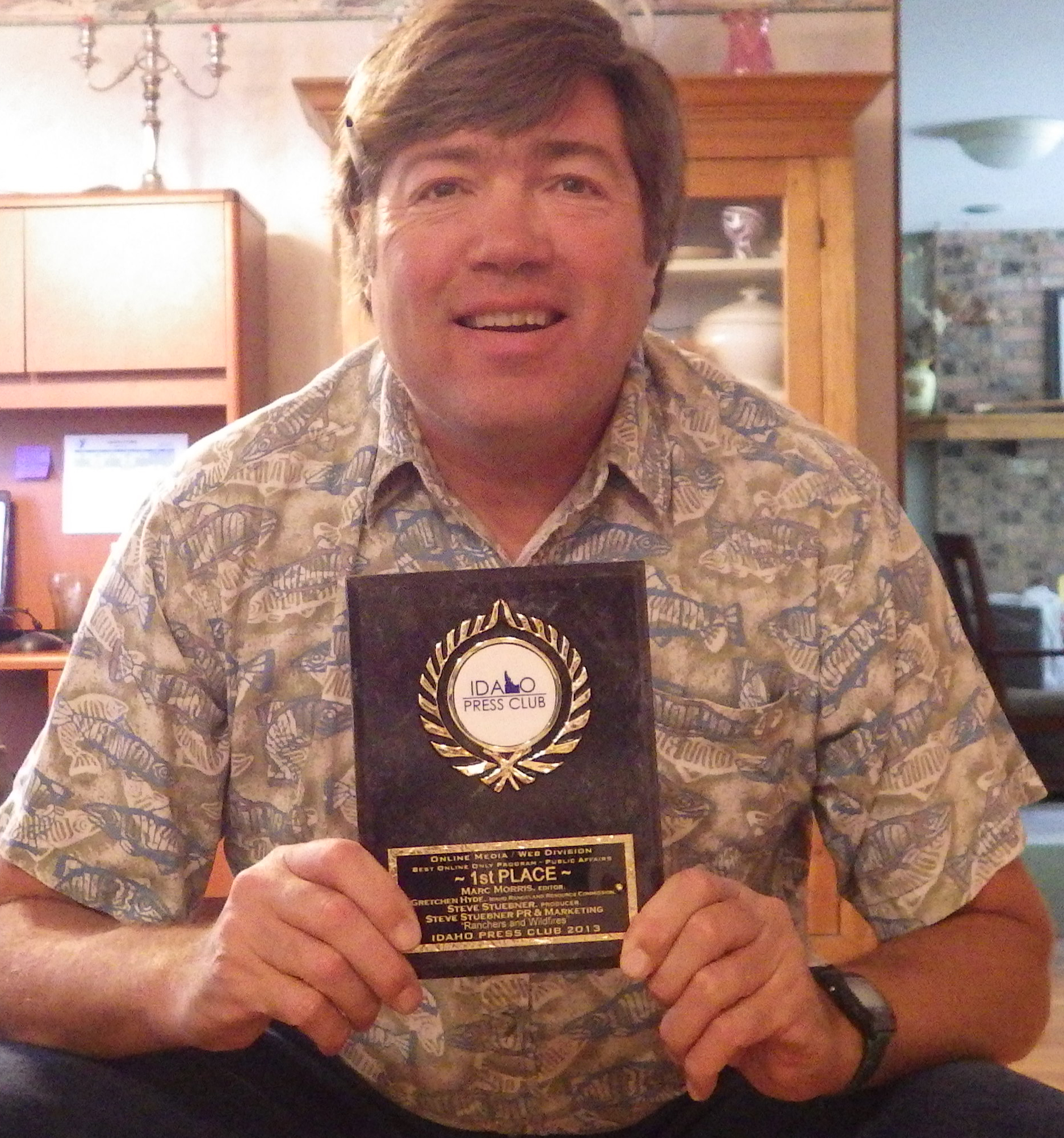 Life on the Range (www.lifeontherange.org) is an ongoing educational project that showcases stories about the ever-changing landscape of ranching, multiple-use management, entrepreneurial spirit, family and stewardship on Idaho’s rangelands.

The Press Club judges’ comments on the first place video: “Compelling work on an important topic, displaying a strong script and skillful use of photos, video, interviews, maps and documents. The ranchers’ interviews were particularly insightful, explaining, raising concerns, disputing and criticizing government agency actions and policies. The piece also explored possible solutions and was well-edited, with appropriate voice-over tone, music and use of natural sound.”

Steve Stuebner, a public relations and marketing professional in Boise, manages the multi-media campaign, social media sites, and writes the video scripts and feature stories on the web site.  Gretchen Hyde, executive director of the Idaho Rangeland Resource Commission, oversees the project direction, and helps Steve select the stories to be covered. Marc Morris of Avitamarc Productions directs the video shoots in the field with Steve’s assistance and edits the videos.

“It’s a great privilege to work on the Life on the Range project,” Stuebner said. “Working on the story about ranchers and wildfires last summer, we tried to convey the raw emotion that the ranchers felt after the huge Pony and Elk complex fires burned over the top of their cattle and burned up their summer range. But we also tried to look forward to future solutions that might avoid such huge catastrophic fires in the future.”

The range monitoring story and “Ranching in a Fish Bowl” stories both were educational in nature, Stuebner said, to help show ranchers and the general public how range monitoring can be done from a scientific perspective, and how it’s possible to raise cattle on public lands alongside sage-grouse.

“It was neat to profile a recent University of Idaho graduate like Seth McFarland who could show his dad how to set up range-monitoring points on private and public lands. We hope that inspires other ranchers to do the same,” Stuebner said.

“Jared Brackett doesn’t mind “ranching in a fish bowl” because he pays close attention to how his cattle are using the range, he fences off his water developments for wildlife, and he looks for ways to improve sage-grouse habitat,” he said.

Life on the Range currently features 26 stories on the web site. The project team expects to add many new stories throughout 2014 and beyond. To see the stories, go to http://www.lifeontherange.org/. Life on the Range also has more than 1,000 followers on Facebook.