Wolves are a mysterious, highly intelligent creature. Living at the top of the food chain, they are effective predators, hunting in packs as a family unit.

Native American tribes had great respect for wolves. They had strong spiritual connections to them. But over the span of history, it’s rare that wolves have been able to co-exist with European man. Wolves evoked fear in the Grimm’s fairytale classic Little Red Riding Hood, dating to the 10th Century. Wolves were exterminated from Northern Europe by the Middle Ages. To many, they were the symbol of the devil.

European immigrants brought those viewpoints with them when they settled America. As civilization grew, wolves were pushed into the western frontier, the Rocky Mountains. Starting in the 1840s through 1880, about 400,000 settlers came West on the Oregon Trail, with a dream of finding greener pastures in Oregon and the West. 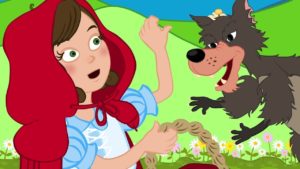 Ranching and farming in Idaho and the West got started via the Homestead Act of 1862, which encouraged pioneers to stake their own piece of land, up to 160 acres, for no charge. They were required to farm the land, improve it, and stay for five years. Over the next 70 years, the federal government granted 1.6 million homesteads covering 270 million acres of land.

This is how much of the West was settled. Ranchers homesteaded on creek-bottoms where they could raise hay and livestock, and they ran cattle and sheep in the mountains surrounding the ranches on what was then public domain for no cost.

During this time of westward expansion and development, wolves and other feared predators were trapped, shot and poisoned. The priority was to civilize the West, and predators were seen as the enemy.

“My grandmother moved to Peavey, Idaho in 1906,” says John Peavey of the Flat Top Ranch in Carey. “She raised 7 kids. “Milk supply was really important. And she had a milk cow. Something that would harm that milk cow wasn’t welcome at all because it was really important to growing family, growing kids, there was no store down at the corner to go buy a half-gallon of milk; it was go out there and get it before the calf did.

Protecting chickens and the milk cows was paramount in the frontier days.

“So the chickens and the milk cow and maybe a few beef cattle and a horse or two were really really important, and wolves were a threat to all of that. It was survival!”

At a federal level, the U.S. Biological Survey took on the responsibility of eliminating wolves and other predators in the West in the 1930s. The Animal Damage Control Act gave the Secretary of Agriculture broad authority to expand the control of predators and animals with disease. By the early 1930s, wolves were believed to be extirpated from Idaho and the Northern Rockies. 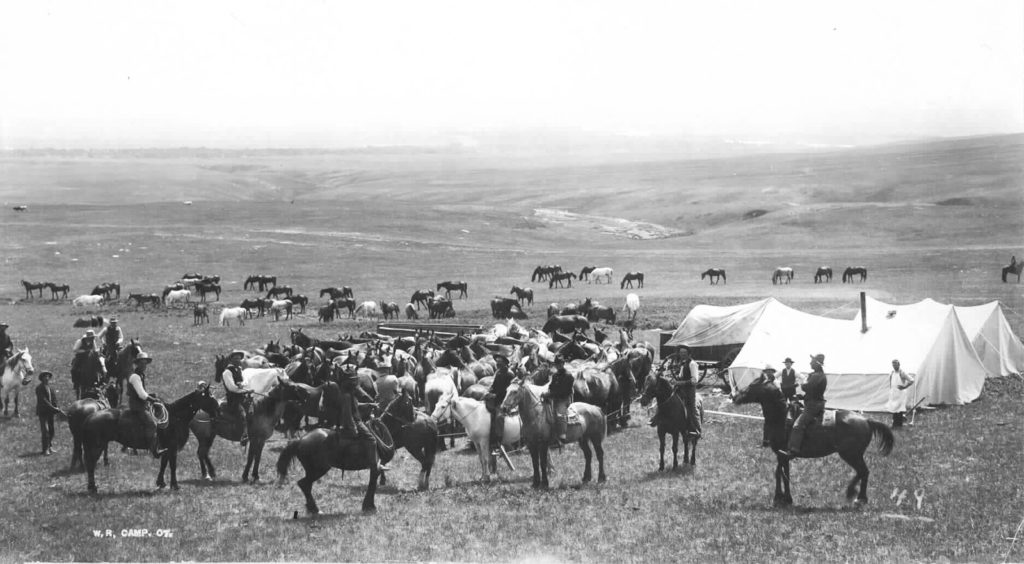 “It was a lot better to have the government involved than a bunch of ranchers with a lot of exotic poisons and things,” Peavey says. “It enabled the government to deal with it as efficient as they possible can with people who are trained to handle and do these things and know what the rules are.

“If you’re setting traps for animals, it’s important to know that a lot of people worry about the suffering and those traps need to be checked often. And with the government doing it, it will be done that way.” 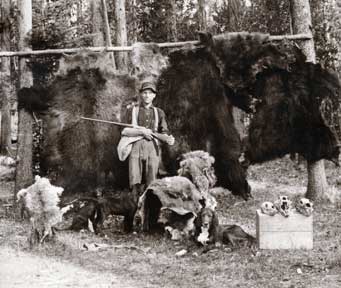 During the Great Depression, the Taylor Grazing Act brought much-needed order to livestock grazing in the public domain, known today as BLM lands. “The Taylor Grazing Act put a referee in the very contentious neighbor against neighbor situation,” Peavey says. “It was whoever raced to the watering hole first. It was a bad situation that was needed to cut the numbers down some, and bring some organization to it. It was a law that came just in time to stabilize the grazing industry.”

Under the Taylor Grazing Act, ranchers could apply for permits to graze livestock on public lands for a small fee. The permits were subject to renewal every 10 years. Ranchers with homesteads or base property received preference for grazing permits.

During the mid-1930s, known as the Dust Bowl era, a new emphasis was placed on soil and water conservation, halting erosion on farmlands but also on rangelands.

Following World War II, the United States embarked on an unprecedented economic boom. In the West, logging, mining and livestock grazing expanded during a time of rapid industrialization. No one saw any limits to development.

In 1970, Earth Day caused a big sea-change in America in terms of environmental awareness. Rivers and lakes were so polluted that some caught on fire. Air pollution was a severe problem in industrial areas. Congress passed the Clean Air Act, Clean Water Act, and the Endangered Species Act in the 1970s. Rocky Mountain gray wolves were listed as an endangered species in 1974.

At the same time, the membership of environmental organizations expanded and new groups formed, giving environmentalists more clout in Congress and in the courts.

In the late 1980s and early 1990s, the U.S. Fish and Wildlife Service started to hold public meetings about the possibility of reintroducing wolves in Yellowstone National Park and in Central Idaho. This was one of the most controversial and emotional issues to surface in modern history. Urban environmentalists supported wolf-reintroduction to bring a top predator back to the North Rockies ecosystem. Many ranchers and big game hunters opposed it, fearing what would happen to big game herds and livestock. 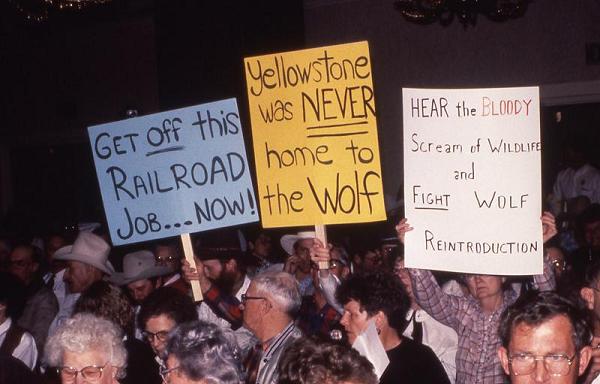 “Very contentious because the wolf is a symbol in so many ways,” says John Freemuth, a professor of public policy at Boise State University. “It’s a symbol to some people, a West where they thought they’d taken care of the wolf, gotten rid of it. Then, we realize through ecology and other things that the wolf belonged here, in terms of what was here in the ecosystem.”

“Wolves play a unique role in the ecosystem,” adds Suzanne Stone with the Defenders of Wildlife. “They help cull disease and overproduction from elk and deer, so elk and deer stay more healthier as a whole. Wolves have a huge role to play that has a beneficial ripple affect across the ecosystem.” 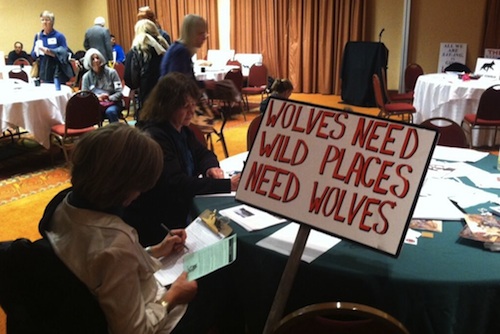 “Let’s face it, Bruce Babbitt fits the stereotypical role, western governor becomes Secretary of interior like Cecil Andrus, they understand the West and all the values,” Freemuth says. “Clinton is from Arkansas, what does he know, right? Babbitt really wanted to do things during that era,” Freemuth says. “A Republican president would not have done that (reintroduced wolves). They would have heard from Republican governors in the West saying, you don’t want to do this.”

In 1995, 31 wolves were released into Yellowstone National Park, and 35 were released along the Salmon River at Corn Creek on the eastern edge of the Frank Church-River of No Return Wilderness in Central Idaho. The experiment had begun.