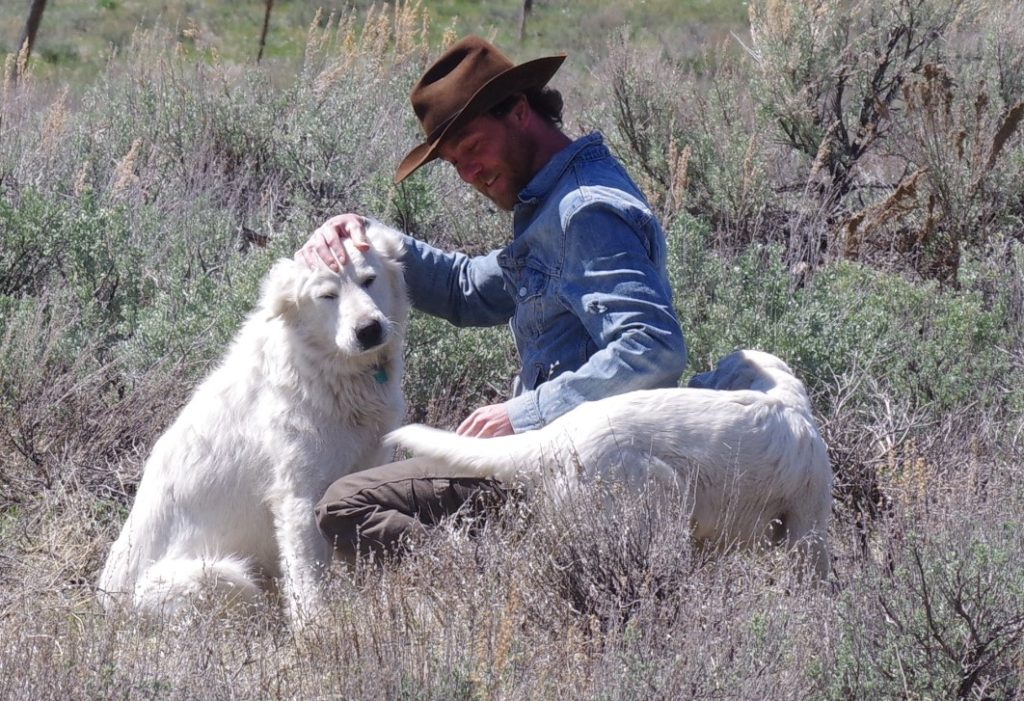 Cory Peavey with two of his Great Pyrenees guard dogs

FAIRFIELD – (Aug. 31, 2020) – There have been a number of incidents lately where people have picked up expensive livestock guardian dogs – often large white Great Pyrenees dogs – thinking they are lost or have been abandoned, when in fact, they should be left alone to protect sheep herds, officials said Monday.

Guard dogs are there to protect livestock from predators like coyotes, mountain lions, black bears and wolves. Taking a guard dog out of the woods or the range is a no-no, similar to taking what might look like an orphaned fawn from its mother.

“I realize that everybody has their own best intentions, but you shouldn’t be taking a guard dog out of its environment, bringing it home, causing undue stress, and exposing it to unnecessary domestication,” says Cory Peavey, a Blaine County sheep rancher, who has had his dogs hauled away to an animal shelter by mistake.

“Out of respect for the dog and the rancher, it’s better to leave them where they are,” Peavey says. “Even if they might look lost, they know the way.”

John Noh with Noh Sheep Company in Kimberly has had his guard dogs picked up by people who thought the dog was lost, and they ended up at a shelter in the Wood River Valley, forcing Noh to spend hours of down time to go fetch the dog and return it to his sheep flocks.

“These are working dogs that ranchers rely on to non-lethally protect their sheep from predators,” Noh says. “For people to take these animals out of the woods that ranchers have spent hundreds and hundreds of dollars feeding and training is wrong.”

Renee Kehler, Range Conservationist for the Sawtooth National Forest, said there have been a number of guard dogs picked up by people thinking they were lost or needed attention. “It’s been happening a lot lately,” Kehler says. “Please treat them like livestock and leave them alone.”

If people have questions, they should call the Forest Service local office to report any issues and let the range specialists contact the ranchers to check to see if there are any issues or concerns, she said.

Often livestock guard dogs have a collar with a name and phone number on them. If they have questions, they also could call those numbers to see if the dog is lost.

“For me, I’d appreciate a phone call over taking my dog,” Peavey says. 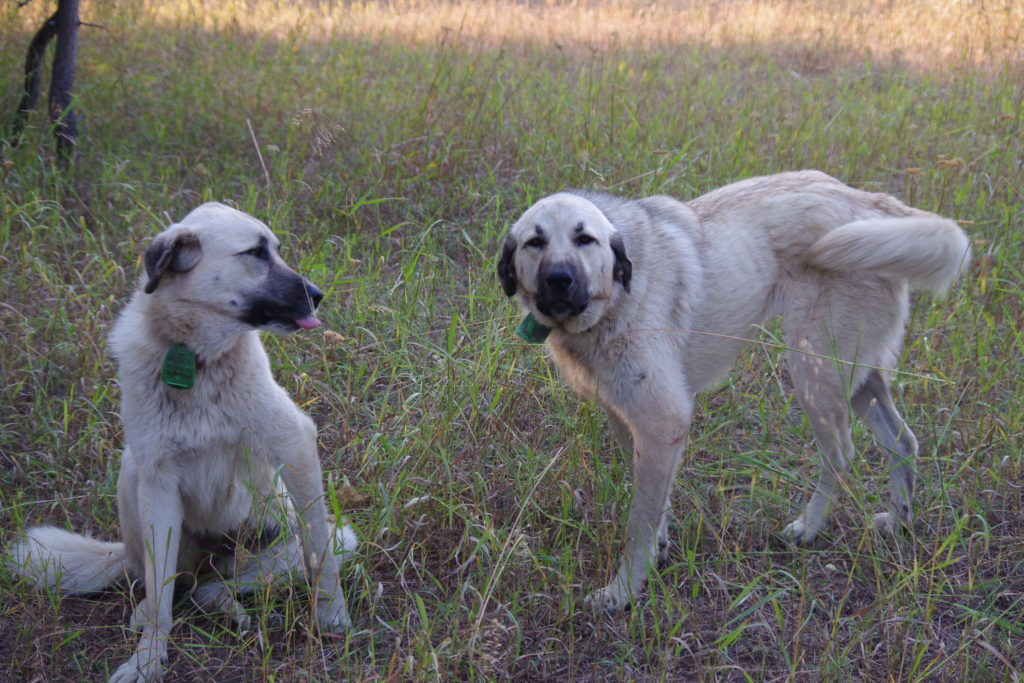